A 15-year-old boy presented with 18 months’ history of dull, diffuse and intermittent headache. It was not specifically associated with nausea, vomiting, phono phobia and photophobia. He also complained of tingling in left half of his body, that he described as a sensation of insects crawling on his body. This feeling was episodic, lasting for few minutes, and followed by loss of consciousness. He used to regain consciousness after 5–10 minutes. These symptoms had no specific triggers and were not associated with numbness or any kind of weakness.  He denied any history of myoclonic jerks, absences, fever, weight loss, oral or genital ulcers, joint pains, skin rash, chronic cough or diarrhea and dryness of mouth or eyes. Systemic examination was unremarkable including central and peripheral nerve system and fundoscopy bilaterally.               Contrast enhanced Magnetic resonance imaging (MRI) brain showed Hypointense areas in Right fronto-parieto-temporal lobes and centrum semi-ovale on T1W1 images. Same lesions appeared hypo-intense on T2W1 (Figure-1A & 1B) and FLAIR sequences (Figure-1C) with marked marginal gliosis and surrounding edema appearing as hyperintense. These small foci showed marked susceptibility artefacts on SWI sequences (Figure-1D) being suggestive of microhemorrhages. All these findings were present only on right sided hemisphere. Cerebrospinal fluid (CSF) analysis revealed raised proteins 57 mg/dl whereas CSF analysis for adenosine deaminase, PCR for mycobacterium tuberculosis, herpes simplex virus were unremarkable. Complete autoimmune screen was normal. Electroencephalography slowed theta waves consistent with seizures.               Based on symptomatology, MRI Brain and CSF findings diagnosis of central nerves system (CNS) vasculitis was made and patient was managed with intravenous methylprednisolone 15 mg/kg body weight preceded by the five sessions of plasmaphereses. After 2 weeks of initial treatment he was given rituximab intravenously. Patient’s condition improved after 1 month with complete resolution of symptoms.Similar case of unilateral primary angiitis of CNS (PACNS) was published by the Ho MG et al.1 being diagnosed on the brain biopsy. But in our case possible diagnosis of PACNS with unilateral findings was made based only on MRI findings because stereotactic brain biopsy facility is not easily available in third world country like Pakistan. The main treatment modalities of PACNS are steroids and cyclophosphamide.2 Recently use of rituximab is increasing in PACNS as main modality of treatment. 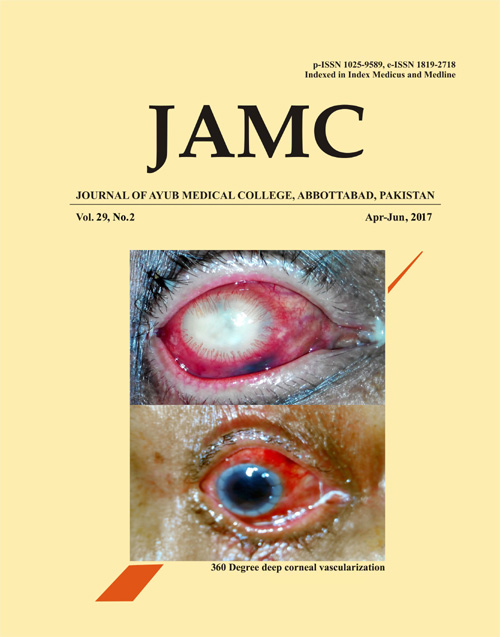