Dear Editor,Colorectal cancer (CRC), is the third most common cancer affecting close to 10,00,000 people worldwide causing second most cancer-related deaths with 6,55,000 death toll per year.1 Recommended by The U.S. Preventive Services Task Force (USPSTF) in average-risk adults between 50–75 years of age, regular screening through colonoscopy every 10 years or yearly faecal occult blood testing can prevent at least 60% of deaths from colorectal cancer.2 Current epidemiologic data on CRC in Pakistan is limited but according to a study3 there has been a 41% increase in incidence between 1995 and 1999 in males indicating a higher incidence at present. But unfortunately, CRC screening is not done routinely in our country. Lack of patient acceptance particularly among females, cultural barriers, financial limitation, lack of resources, lack of physician/public awareness and lack of epidemiological research are paramount reasons for this.4The U.S. Food and Drug Administration in 2014 approved the first stool-DNA colorectal screening test-The Cologuard test.2 It is a multi-target test that detects the presence of haemoglobin and colorectal cancer-related DNA mutations in shed abnormal cells using nine biomarkers. Repeated once every three years, this screening test may reveal even the presence of an advanced precancerous lesion from the sample send from the privacy of home. Compared to colonoscopy-the most sensitive of all, the cologuard test requires no bowel preparation, dietary changes or sedation. Conversely colonoscopy being invasive and less acceptable to patients, requires an in-patient setting with an experienced personnel and costs around $100 in our country. The other relatively inexpensive guaiac-based-FOBT needs to be repeated every year and does not detect some cancers.5 Effectiveness of cologuard test was established in a clinical trial that screened 10,023 asymptomatic adults between 50 and 84 years of age. The trial compared cologuard test to the faecal immunochemical test (FIT), another non-invasive screening test. The sensitivity for detecting CRC using DNA test and FIT was found to be 92.3% and 73.8% (p=0.002) respectively. For advanced precancerous lesions sensitivity of DNA test was 42.4% and for FIT was 23.8% (p<0.001). Although with lower specificity, DNA testing had a 27% relative increase in the detection rate of stage I–III colorectal cancers and a 78% relative increase in advanced precancerous lesions compared to FIT.6 However a positive result with either test should be followed by a diagnostic colonoscopy.In conclusion, offering a convenient, non-invasive and inexpensive screening option with a high sensitivity for curable-stage cancer may improve uptake by the people in our country. With appropriate physician and public awareness, cologuard test can be integrated into colon cancer screening program in our country, specifically helpful for those who refuses to undergo colonoscopy.Keywords: Cologuard test; Stool-DNA test; FIT- DNA test; Colorectal cancer; CRC; Colonoscopy 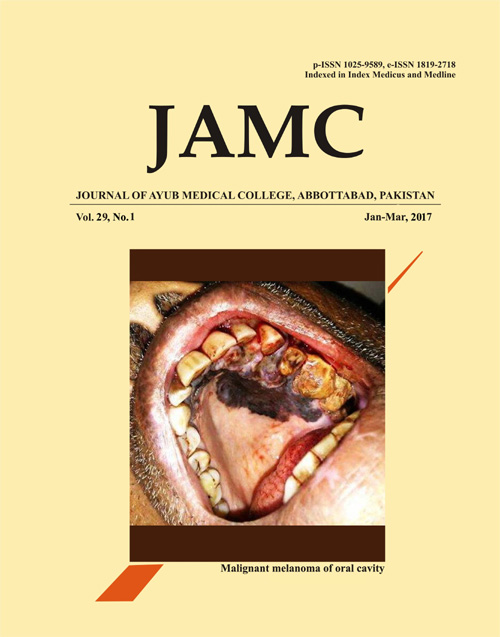